Why? Technical insights into the making of the Chopin Op.10 No.12 timepiece - part III

The way a movement works, including a close look at the Chopin Watch Calibre MSE210

Frederic Chopin was no stranger to success, accomplishing much in his comparatively short life. Indeed, when Frederic, a son of Poland, passed away in 1849, just 39 years of age, he left behind an impressive body of work which continues to provide enjoyment.

The Chopin Op.10 No.12 timepiece celebrates the life of this remarkable individual, encompassing a myriad of smile-inducing details which engender admiration. In this article I discuss how the movement within this watch works. 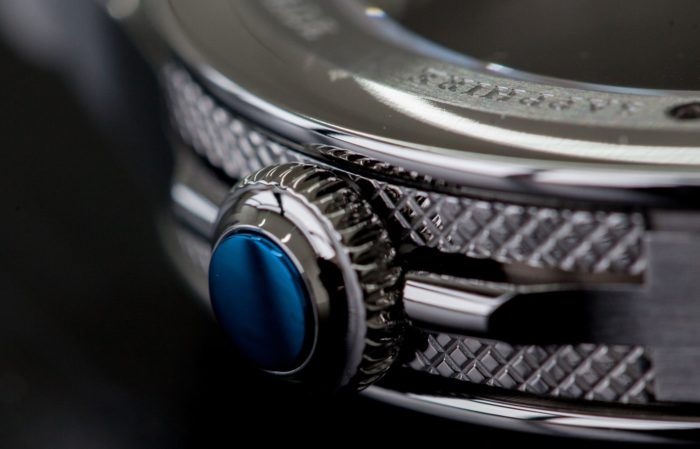 It all starts with the crown

The crown provides an interface between the watch and its wearer. Chopin Watch has equipped the Op.10 No.12 with a becoming crown, embellished with a blue disc on its vertical flank. The knurled grip proves easy to manipulate and heightens the aesthetic allure of the watch.

For a car to move it requires fuel. Likewise, a watch needs energy to function. By turning the crown clockwise, a series of components are set in motion, leading to the mainspring being tensioned. Unusually, the Op.10 No.12 contains two mainsprings, something I will return to later. By tensioning the mainsprings, the energy is harnessed and subsequently put to use, causing the indications to move in a controlled, pre-determined way.

However, the crown also performs other roles. When the crown is pulled outwards (position 1) and rotated, it provides the means to move the hour and minute hands and, in so doing, set the time.

In addition, the movement is equipped with a ‘stop seconds’. Again, when the crown is in position 1, allowing the hands to be adjusted, the motion of the hands is halted. This allows the wearer to synchronise the time with a reference clock, noting the prevailing seconds. By merely pushing the crown back in, the hands will recommence their journey.

Some timepieces harness the motion of the wearer’s wrist to energise the mainspring(s). While these automatic watches are very clever, they pale by comparison with a manually-wound timepiece. Most watch aficionados cherish the daily ritual of removing their watch from their wrist and taking a few moments to escape the hubbub of daily life, turning the crown slowly and imparting energy to their cherished timepiece. The tactile pleasure of gripping the crown between thumb and forefinger consummates the relationship between the wearer and his watch, a relationship which is destined to endure for a lifetime.

From the crown to the barrels

The wristwatch arrived in the early part of the 20th century. During Chopin’s lifetime, the pocket watch prevailed, providing affluent gentlemen with the means to view the time. The winding and the setting of these pocket watches was performed using a key.

In 1844, Jean Adrien Philippe exhibited his keyless winding and hand-setting system at the Industrial Exposition in Paris. This invention, often termed the ‘keyless works’, led to most pocket watches being equipped with a prominent crown at 12 o’clock. This system is now employed on most wristwatches, including the Op.10 No.12. 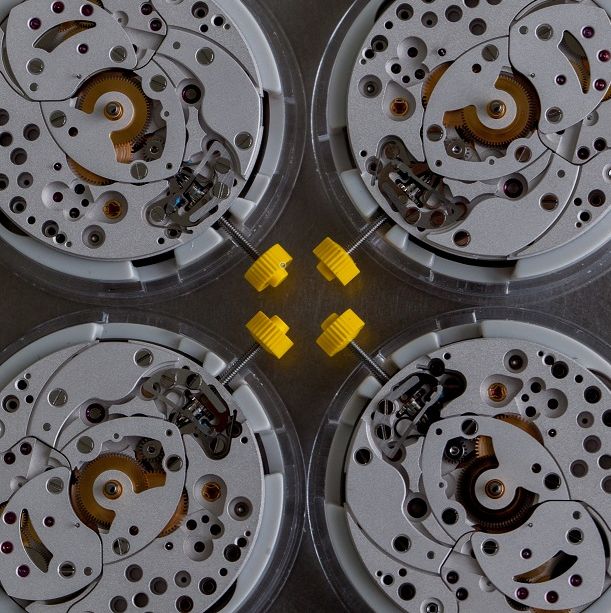 At this point, I wish to add a sidenote. The crown is connected to a cylindrical shaped tube, termed the ‘winding stem’. It is designed to rotate in a clockwise direction i.e. it is able to cope with rotational forces. However, the winding stem cannot withstand lateral loads. It is for this reason that the watch should be removed from the wrist whenever the crown is being manipulated to prevent causing harm to the winding stem.

The ‘keyless works’ is a complex system of levers, pinions, screws and wheels. In terms of transmitting energy from the crown via the winding stem, ultimately to the mainsprings, it is necessary to alter the direction of the rotational forces, such that the subsequent angle of rotation is perpendicular to the winding stem. 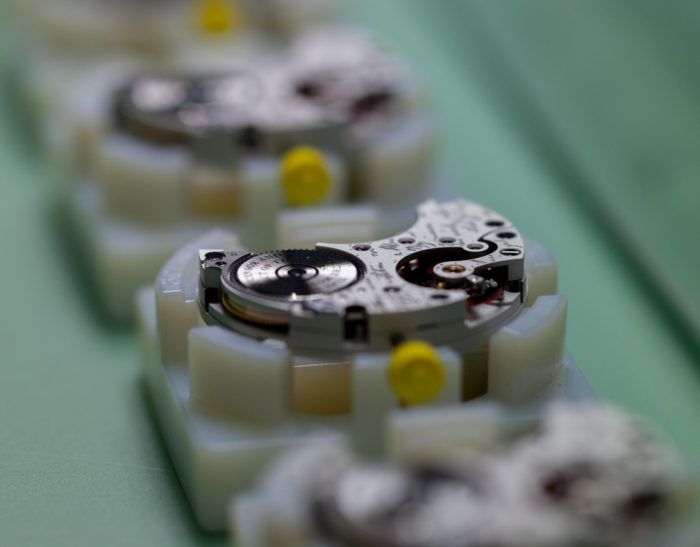 By having two barrels, the Op.10 No.12, effectively has two fuel tanks, harnessing sufficient energy to deliver 96 hours of autonomous operation (power reserve). The barrels are coupled in parallel, unwinding in unison.

As well as providing an impressive power-reserve, two barrels help to deliver a relatively consistent amount of torque to the escapement. This approach is superior to having a very large barrel where the torque is liable to fluctuate quite markedly. The benefit of having a consistent supply of torque is that the ‘amplitude’ of the balance (regulating organ) does not fluctuate much.

When the balance wheel oscillates to and fro, clockwise and counter-clockwise, its motion or ‘swing’ is measured in degrees of rotation, or ‘amplitude’. Generally speaking, a drop in amplitude can adversely effect precision, hence the fitment of two barrels within the Op.10 No.12 confers an additional benefit other than just a long power reserve.

The upper surface of each ratchet wheel fitted to the Op.10 No.12 is engraved with text. One ratchet wheel bears the maxim, ‘Time is the best censor, and patience the most perfect of teachers’. The sentiment is consistent with the way Chopin lived his life, diligently working on new compositions, always eager to surpass his former works. The second ratchet wheel is adorned with a series of prominent years, spanning Chopin’s life from his year of birth to the year of his passing. 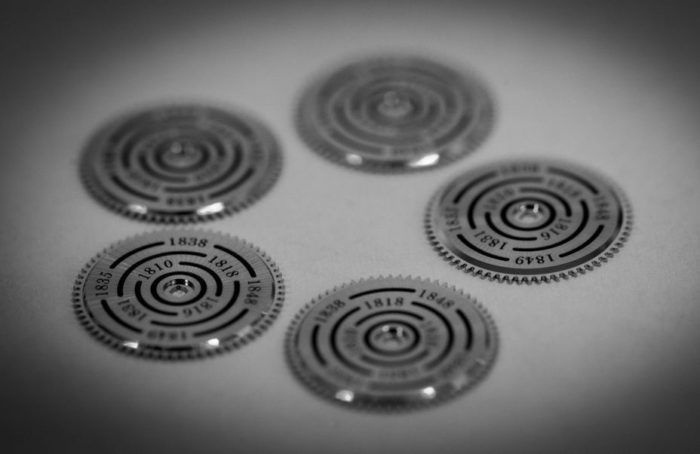 When the watch is completely wound, the mainsprings are fully tensioned and harness much energy. However, this energy is not usable unless it is suitably controlled. An electrical transformer is often used to decrease or ‘step down’ the voltage between two circuits. Likewise, in watchmaking, a gear train provides the means to step down the energy from the mainsprings to the escapement.

Without the gear train, the hands would frantically rotate and be unable to impart time accurately. Moreover, the excess energy would damage components and the power would dissipate very quickly.

The escapement and the regulating organ

Similar to pushing a child on a swing, the pallet lever pushes the balance’s impulse pin, causing the balance wheel to oscillate. 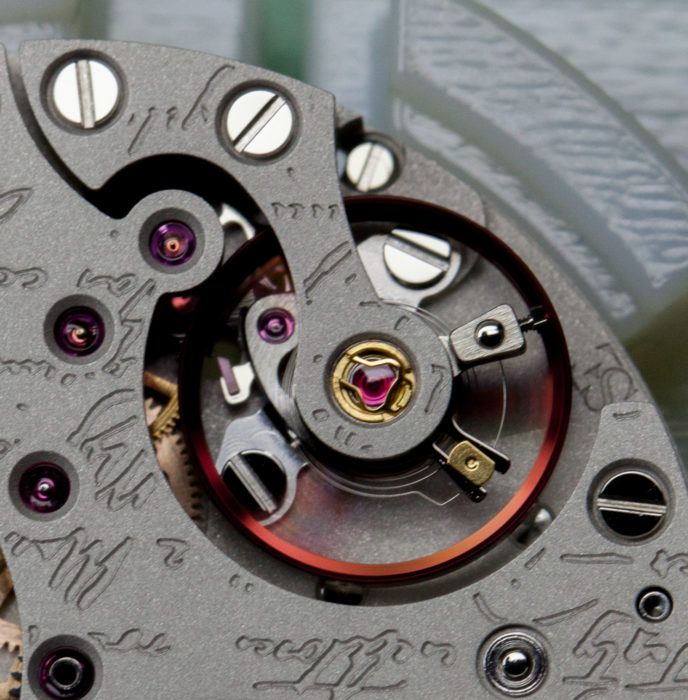 Returning to the gear train, the ‘centre wheel’ connects to a canon pinion which, in turn, is connected to the hour and minute hands. The ‘motion works’ is another form of gear train which causes the minute hand to rotate 360° in one hour and the hour hand to complete one revolution of the dial every 12 hours.

The Op.10 No.12 is equipped with a small seconds display, positioned in the lower portion of the dial. The hand is connected to the fourth wheel of the gear train, rotating 360° in one minute.

The motion works collaborates with the aforementioned components to display the prevailing time accurately. In addition, the motion works also allows the hands to be set via the keyless works. 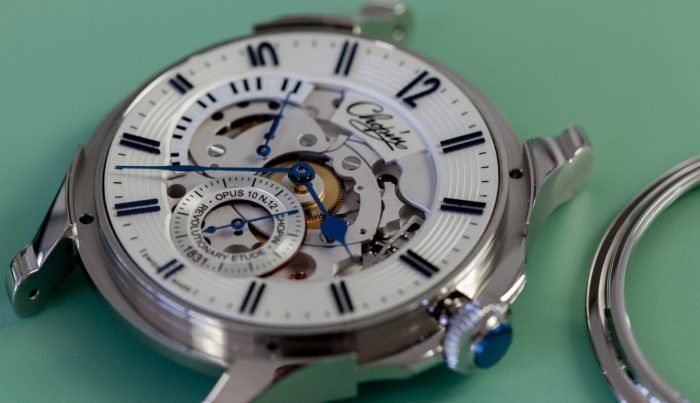 The movement within the Chopin Op.10 No.12 timepiece, the Calibre MSE210, is comprised of 197 components. Although some of these parts are incredibly small, each one is of vital importance, ensuring the movement operates harmoniously.

As this article shows, a mechanical movement houses much complexity. Specialist skills are required to design, manufacture and assemble this symphony of parts. By creating the Calibre MSE210, Chopin Watch, in collaboration with movement specialist Schwarz Etienne, has delivered a masterful performance and a fitting tribute to Poland’s favourite son.